A downloadable game for Android

Drift is a game for Samsung Gear VR. It's been developed for the VRJAM 2015 organized by Oculus. If you download an play the game please go rate it here : http://challengepost.com/software/drift-zxn3x


DRIFT is the first bullet simulator for VR.

We are all used to playing First Person Shooter but with DRIFT wanted to create something different : a game in which the player embodies the bullet itself. Let's see where a bullet which has a consciousness is going ...

Fly through immersive suspended scenes in a four floors building and try to find your way between gangsters and obstacles until you hit the right target! For in game views, check the video above that shows the game as it is in the GearVR during a playing session.

The gameplay is very simple and intuitive :

For the visual part we wanted to give DRIFT a very radical identity with strong design choices. Everything in the game is drawn by orange shaded lights and shadows that reveal silhouettes and obstacles on the white background. Only bonuses and the target are green, contrasting with the rest of characters and objects.

Since the player is not allowed to hit anything in the environment, we decided to design the game with neat white low poly models looking like sculptures in a museum. This concept makes sense with the gameplay and enforces the atmosphere of suspended time and space. Low poly models and static objects were also perfectly fitting with the mobile development constraints.

Even if we created a suspended environment we didn't want it to look too static. That's why we designed multiple set up and characters in very expressive attitudes, interacting with each other, objects and environment, telling stories at every corner of the game.

When flying through these scenes, the player leaves a red trail behind, fixing his previous paths in space to help him to improve and optimize the next move.

We paid a particular attention to level design and made everything so you never need to turn your head more than 90 degrees at once or look back. As any "die & retry" you play for a short time and the player can take some time to rest between sessions. Each of the four level can be completed in less than a minute so you're not constantly moving around and forcing on your neck. To make the final level a bit more challenging, we rotated the camera's initial position. This result in a very disorienting experience for the player but keep being confortable enough to play.

To add fun and challenge to the experience, we integrated a high score ranking based on time you took to find and hit the target. There is also three bonuses to find in each level that will unlock achievements and refill your super slow motion bar.


For the music we wanted something that was embracing the gangster/museum atmosphere and tried many musics and styles. Finally we came up with these tracks mixing Hip Hop and Classical music that create a weird, speedy, epic and aerial mood at the same time.

In addition to all the musics we put sounds on each object in the scene depending on his material. When the player hits an obstacle he instantly gets an audio feedback. We also implemented textual feedbacks that give you informations about the object you hit, makes fun of you or gives you some tips.

Thanks for reading and have fun ! 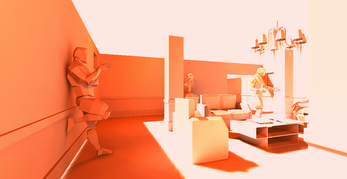 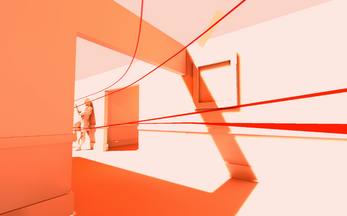 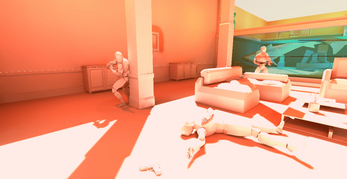 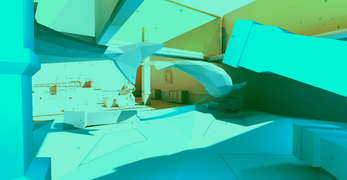 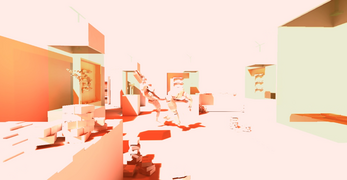 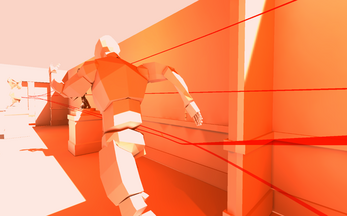 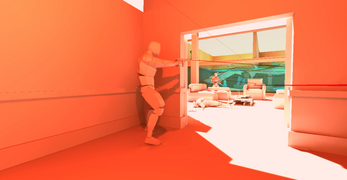 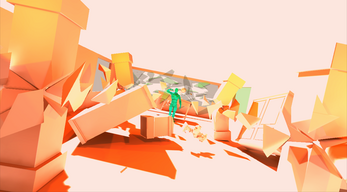